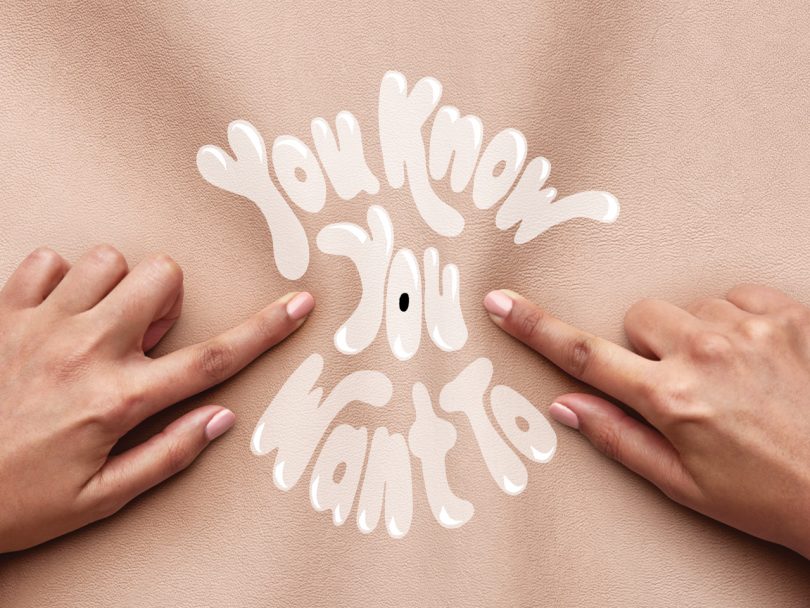 Dr. Pimple Popper has millions of mesmerized followers anxiously awaiting her latest video — and the gooier, the better. What is it about squeezing zits that makes it impossible to look away?

I still remember my first time. I can replay it in my head like a beautiful coming-of-age movie directed by a moody European. I’m 11, peering into a tiny mirror nailed to the wall of my cabin at sleepover camp. A juicy, straining pimple — one of my first — quivers gelatinously on my chin.

Suddenly, as if all my ancestors are speaking to me at once and this was meant to be and I always knew it to be so, I lift two grubby fingers, position them on either side of the teasing, pulsating lump and squeeze.

Oh, the glory! First, a thrilling splat of whitish goo all over the mirror. Then, a skinny, seemingly never-ending yellowish snake that just keeps coming and coming. It curls up over itself, like a dancing pretzel of pus. I’m breathing heavily, looking around furtively. Can anyone see what I’m doing? I’m a filthy, filthy girl, but I just can’t stop. I turn back and go in for one final push. A tiny, hard white lump finally gives itself up and pops out onto the tip of my finger, defeated. I’ve won!

When I return to the spot the next morning, secretly praying for a rematch, there’s nothing left but a suddenly ignited, shameful lifelong hobby burning inside me. If only I’d known then what I know now: that a woman can become famous for popping pimples and that millions of people will watch her do it.

“Oh, she’s watching. She wants to look, huh? She’s enjoying it,” says Sandra Lee (a.k.a. Dr. Pimple Popper), teasing her patient’s daughter in her YouTube opus “A Huge Cyst Like a Doorknob.” Lee is squeezing out several meatballs’ worth of tissue from a cyst on a man’s body — just one of her impressively large bodies of work that includes “Cyst With a Baby Face!” “More Blackheads Mrs. Gold” and “Abscess Waterfall…7 Months Later.” Lee, a dermatologist from Upland, Calif., has built a multipronged empire on making low-tech phone videos of herself squeezing zits and exorcising other horrifying goo from people’s bodies. She posts the quickies on Instagram, but if you really want — no, need — to go deep, you can watch her YouTube videos, some of which are 30 minutes long. She is a frequent guest on talk shows and is often featured in beauty mags as the “Pimple Queen.” The second season of her smash-hit TLC show returns in January, the culmination of her bizarre road to celebrity so far.

Every superheroine needs an origin story, and Dr. Pimple Popper’s goes like this: Before she was a TV star in scrubs, she was just another nice lady with an Instagram feed that consisted mostly of shots of her fabulous L.A. life and her beautiful children but also a smattering of close-up videos of procedures from her practice. Then, one fateful day in 2014, the good doctor decided to post a video of a blackhead extraction. It was instantly popular. She added it to her YouTube channel, which was just a collection of her talking-head TV appearances at that point. One excited viewer suggested that she check out the Reddit group /popping.

“There was this subculture of people on the Internet who were sharing popping videos,” she told Jimmy Kimmel when she appeared on his show last summer, “and I thought, I could be their queen.” And so she is: a queen with lustrous flowing locks, a splash mask, a charming bedside manner and an on-point emoji game (you’ve never seen a lips-licking smiley face truly fulfill its destiny until you’ve seen Lee use it to promote her latest delicious “pop” on social media).

She has a jaw-dropping number of mesmerized followers (4.3 million on YouTube, two million on Facebook, 2.9 million on Instagram and 100,000 on Twitter), a skincare line and a branded collection of popping tools. The Canadian toy company Spin Master has even partnered with her to release a board game this year called Pimple Pete (no, really), where the whole family can enjoy squeezing Pete’s zits together (it’s all fun and games until someone gets squirted with pimple juice!). Her cartoony logo — two fingers zeroing in on a red pustule — is festooned on mugs, trucker hats and fashion items (like a “#StrictlyHardPops” boxy tee and a “Popaholics Unite” tank). The “Future Pimple Popper” onesie, however, is currently sold out for any of you pus perverts out there who were hoping to add sweet, unsuspecting babies to your ranks.

Lee’s success is due partially, of course, to her winning brand, her affable chit-chat, her social-media-friendly promo lines (“Poppin’ them thangs called cysts!”) and her top 10 compilations of blemish bustings (the one that celebrates the Fourth of July, where a firecracker goes off every time a spot explodes, is a particular favourite). But it’s also due to the fact that, clearly, many otherwise-regular humans love squeezing zits and watching other people squeeze zits — and the gooier, the better.

Until recently, watching popping videos was more of a private fetish (Lee herself has likened the secretive nature of it to viewing porn) — something that gives you a rush of naughty pleasure and that you would never watch at the office. But now, popaholics are streaming into the light. Kimmel confessed that viewing popping videos “stirs my soul.” Lee has been discussed with gravitas on Keeping Up with the Kardashians. Kathy Griffin tweeted “Dr. Pimple Popper is a gift to humanity. I want to be her intern.” A mom told Lee that her six-year-old was planning to go as Dr. Pimple Popper for Halloween and carry around a chicken breast, pretending that it was an excised fatty tumour. Popaholics are the latest niche fan group that has found community — and, dare I say, a bursting sense of pride? — online.

Why do we look, and why can’t we look away? Why have so many people jumped ever so happily into this particular seeping — and, if you’re very lucky, festering — Internet hole?

I have a friend who says watching popping videos is like having tiny orgasms. And while I haven’t since been able to look at her husband without wanting to grab his shoulders and scream, “Do better, man!” her description isn’t far off.

As anyone who has ever watched with bated breath as a bulbous blackhead is about to meet its doom knows, there’s a cycle of anxiety and arousal and then sweet, sweet relief once the deed is done. (People with dermatillomania, or skin picking disorder, experience a similar cycle.) Researchers surmise that forcing the putrid contents of a zit out actually releases dopamine — our brains’ reward drug.

This makes sense when you’re attacking your own pimples, but why is there such a market for watching other people do it? Some psychologists say that, similar to watching a horror film, when you experience scary or repulsive events from within a safe, protective frame (like, say, through your laptop screen while you eat ice cream out of the carton at 2 a.m. — just a random example), it can provide a vicarious and addictive sense of euphoria. Lee likens watching popping videos to riding a roller coaster: scary but not dangerous. And as soon as it’s over, you want to do it again.
I can also say, from much personal, rigorous academic study, that watching pimples get popped — or squeezing your own — is a form of stress release. Wouldn’t it be exquisite if you could march to the bathroom every time you had a terrible day, and voila: a greasy, ready-to-be-freed bump would magically appear on your chin, as if you’d summoned it from the primordial ooze itself to help you purge your troubled soul?

Lee has repeatedly said that many viewers report feeling “soothed” or “cleansed” when they watch her videos and that some use it as their bedtime ritual. As an insomniac, I will confess that I have sat in bed thinking — a bit too rhapsodically, perhaps — of one video of hers where there was so much cottage cheese gunk in one man’s cyst that she exclaimed, “Now’s the time for a big spoon!” It just kept going and going and going. Thinking about it was like counting lambs — perfect spoonfuls of mashed-potato lambs.

Maybe this relaxation factor also has a biological basis. After all, we evolved in an environment that was crawling with disease-causing parasites, many of which were very fond of human hosts. Being disgusted by — and gleefully triumphing over — these various slimy invaders was key to our survival. That’s not to say that when the Canadian Dermatology Association implores people not to pop pimples because it can spread the bacteria further and up your chances of scarring that they’re wrong, per se — but perhaps they don’t understand the deepest, darkest corners of our being.

Another friend recently confessed to me that the thing she misses most about no longer having a live-in boyfriend is squeezing the pimples on his back. “He’d be sleeping, and I’d go in,” she reminisces wistfully. “He’d tell me to f–k off, and I’d beg him to just let me do two more!”

The intimacy of this dance — probably familiar to many couples and sorority sisters — could also have biology to thank. Primates spend a lot of time grooming each other, partially for hygienic reasons but also to display affection and cement relationships. So squeezing your husband’s goopy shoulder boulder today is some version of yesterday’s lizard brain picking a nit off your lover’s back and eating it? (There’s a whole other essay to be written about the growing popularity of dandruff-scraping and earwax-removal videos.)

As for me, I’ve had many lovely straining pustules over the years since that first fateful meeting at camp. None were as memorable, but many were as good. As I’ve aged and my acne has dwindled to a few wan offerings a year, I, almost sadly, have had to bid adieu to that particular brand of satisfying self-care. But I’ll always have Dr. Pimple Popper on an endless, horrifying, gorgeous loop — that’s something, at least.