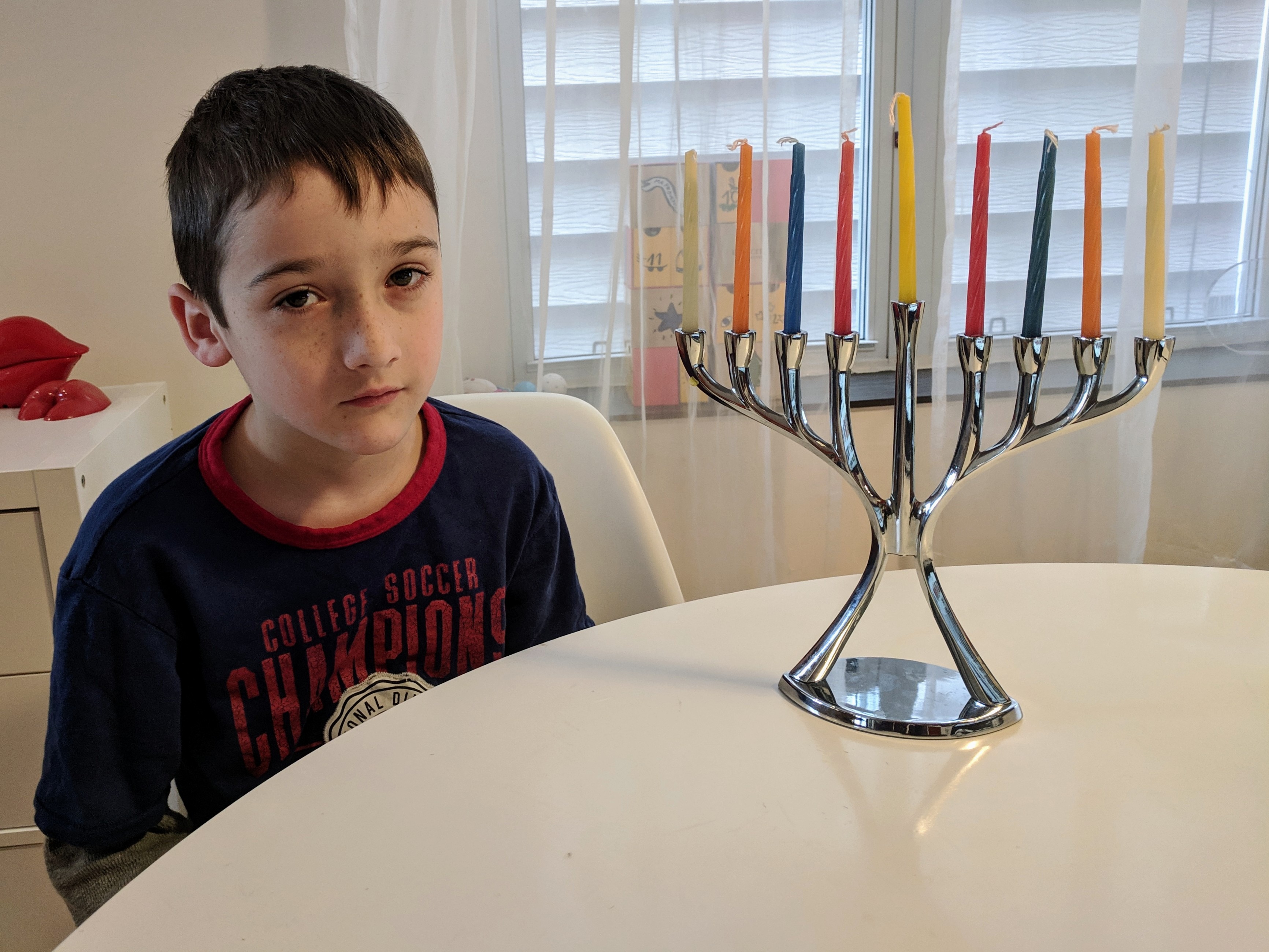 This rebranded guide to all the Jewish holidays will change their minds!

The holiday season can be tough for Jewish parents. Listen, when your kids says things like “Hanukah is kind of lame, no offense” while gazing longingly at the Christmas lights at Home Depot you know they’re not wrong. You remember that fraught period between 1984-1987 when you tried to make The Hanukah Fairy a thing. You remember wanting a piece of the magic. You remember marrying a goy just so you could go to his Christmas and that’s why you’re part of the problem not the solution. That’s why your children definitely need this So-You’re-Sort-of-a-Jewish-Kid’s Guide to the Holidays to help change their minds not just about Hanukah, but about their entire annual calendar of festive disappointment and despair.

So, once upon a time in the olden days, they tried to kill us. A bunch of stuff happened, like fighting and death stuff, then some magick (#lit!) oil burned in the holy temple for eight days. It was a miracle and now Jewish kids get to celebrate saving the temple (#goals!) by eating foods fried in magick oil like potatoes and well, mostly that’s it. You sing that one song at your school concert about a spinning top made of dirt and think “What a time to be alive.” You get to eat chocolate coins wrapped in foil that turns your fingers into bloodmeal (Yiddish word!) when you peel them open because hey, what can I tell you, things can always get worse. Then you light candles every night for eight nights and maybe open a small gift which is usually a book, a festive box of crayons or air that tastes like guilt. Can you hear the sleigh bells ringing? No, no you can’t. Because Santa isn’t coming for you.

No food for you today (even though kids don’t technically have to fast on this sacred Day of Atonement, you’re just lucky!) You know what you did. Do you know what the other kids are doing right now? Eating. Boom.

So, once upon a time in the olden days, they tried to kill us. Then a beautiful Jewish girl named Esther tricked the king into marrying her and now you celebrate Purim by wearing eyeshadow and lipstick to your Purim party in the second grade because you were dressing up as Esther and you wanted the king to sex you so you could save your people. Wait, what?

So, once upon a time in the olden days, they tried to kill us. (Get a new theme— #amIrite? Like under the Sea or 1980s Prom!). And now you get to celebrate by waiting a really long time to have dinner then eating these massive dry cracker things that have that full-bodied dirt feel in your mouth. You do that for eight days while the Easter Bunny dispenses treats and presents to children wearing yellow dresses calling out merrily: “We win! We win!” while you wear sadness.

It’s the Jewish New Year! And you get to celebrate by…eating fruit! Glorious nature’s candy! Then you think “Oh, what a time to be alive.” And also: “Is it Christmas yet?”